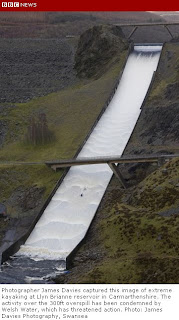 You want me to wait HOW long?

Ok, so as I've stated on here before, I play Warcrack (er, World of Warcraft).

For those of you who don't follow these things, a new add-on pack was just released for Warcrack - the second addon in about four years, in fact. The Wrath of the Lich King. Whoever that is (I don't really get right into the story, unlike some).

This weekend, I go to log on. Oh, no, it says, you need to wait, as the server is full. You're position 519 in the queue, and that'll take about 30-odd minutes on average - obviously, they get about a thousand people an hour logging on/off when the servers are full.

No biggie, says I, I'll log onto the other server I have characters on.

I didn't bother waiting to see how long that was going to take. :D

I think I'll go play Armed Assault instead, and log on to Warcrack later, when it's about 3am in the US, and all the addicts have gone to sleep. Well, some of them, anyway!
Posted by Bern at 1:29 PM 0 comments